Great Flowchart for the Palindrone 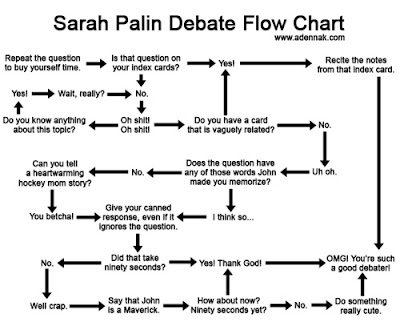 Elite Won't Stick on EVERY Dem!

Lies? You want lies? Well McCain is selling plenty of them this election. Here's one:

Thanks Sarah Palin you just got me back into my blog!!

Thanks so much Sarah Palin, thanks to your speech last night you have finally lit the fire under me that I needed to start posting here again. When you belittled all the hard working community organizers across this country, you not only denigrated me and countless others in this fine country you have belittled THIS MAN: 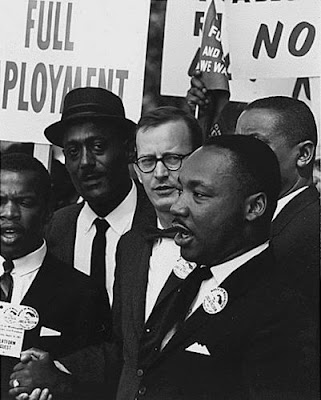 About Sums It Up

Yeah this about says it all. It sums up what people on my side of the fence are concerned about this war and what this administration has done.

Sheik Majed al-Marsal, a religious adviser to the Saudi Interior Ministry, told the independent Al-Watan newspaper that he believes Iraq has become the new Afghanistan.

Terror groups "are exploiting the situation in Iraq, recruiting young men, equipping them and training them and then sending them back to work inside their home countries just like what happened in Afghanistan," the cleric was quoted as saying.

What we are doing in Iraq is NOT making us safer, simply put, it is making us less safe, and I begin to wonder just what shrub is trying to do.
posted by digitaljay @ 10:04 PM MST | link | 4 comments

Hello I am back.

This is all so tragic, and yet no one seems to really recognize that fact. The truth is shrub is wrong to continue full steam ahead on the course he has u.s. on now, but the democrats are not stepping up to the plate to stop this.

You can pass all sorts of non-binding resolutions you want, but you KNOW the idiot isn't going to listen to you. But OHHHH then you can say, "well see, at least we expressed our will".

If you want to prove to me otherwise then go back to the ORIGINAL authorization bill and CHANGE it! Yes that authorization bill, that bill that should NEVER have been passed in that form EVER! Any congressional rep who was "serving" during that time should be ashamed that you voted for it.

So go back and change that authorization. Enforce restrictions on escalation. Enforce status goals to reach each quarter. Make some god damn accountability, not this blank check that you wrote the blunderer in chief back in 2002.

Well it was a long slog, but finally America has begun its move in the right direction.

I hope this is the end of the horrible adulteration of the Republican Party and the Conservative movement, that has plagued this country for the last four to six years. Neo-cons, your time is over, go AWAY.
posted by digitaljay @ 10:54 PM MST | link | 2 comments